By Chinland Guardian| The Tedim General Hospital has discharged the first patient of COVID-19 in the country today following his test results showing ‘negative twice’, according to sources from the government.

The Chin State Health Department announced on its official Facebook page yesterday, saying that his ‘sixth swab’ test results received on Tuesday had shown negative for the second time.

Tuang Suan Khai, originally from Kaptel village, Tedim township, and now a US citizen who was video-conferencing with Daw Aung San Suu Kyi on 28 April 2020, is released from his 39-day isolation.

Local sources confirmed that he had been out of his isolation place but would still be home-quarantined for the next 14 days.

Khai, who has been placed in isolation since 23 March 2020, said during the online conference that he had been keeping well mainly because of the kindness and care of nurses and doctors that had provided great services.

As of now, there are another four COVID-19 patients being isolated in Tedim who had tested positive following their contacts with Khai, who is identified as case No. 1 in the country.# 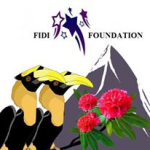 Water Shortage, Water Governance, and the Future of Water Supply in Hakha

The Need to Protect Chinland: A glimpse of Mt. Victoria in Tourism Industry

You may have missed